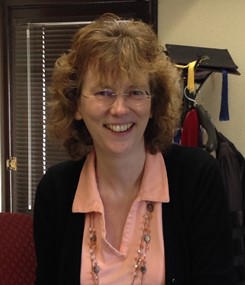 In my research I focus on the history of Europe from the late fifteenth to the early nineteenth centuries. The religious, social, and political face of Europe changed dramatically during these centuries, making this a very dynamic period in history. The Reformation and Counter-Reformation, colonization, and the Enlightenment were movements originating in Europe that shape the world until this day -- for better or for worse.

My scholarship is concerned with early modern and eighteenth-century Irish, German, and British history. I focus on questions of perception and messaging through print culture in early modern Europe, the formation of religious and political identities, and space, discourse, and material culture as historiographical concepts.

My first monograph on the process of dual confessionalization in Ireland in the sixteenth and seventeenth centuries (2000) analyzes how confessional conflict and coexistence played out in a politically diverse and multi-ethnic environment. It examines why England's attempt to introduce the Protestant Reformation in Ireland ended in warfare, colonization projects, and fierce resistance.

My second monograph on the cultural history of German spas in the long eighteenth century will be published by Routledge in 2021. Shifting the focus from the medical use of spas to their cultural and social functions, this study shows that eighteenth- and early nineteenth-century German spas served a vital role as spaces where new ways of perceiving the natural environment and conceptualizing society were disseminated.

I am working on two additional book projects.

A book titled "Moments of Reckoning: Polemics and Persuasion in Early Modern Ireland," which examines the role of print controversies in the history of early modern Ireland.

A book project on the diary of Samuel Pepys that examines how one seventeenth-century Englishman experienced large-scale processes like disease, war, and colonialism in an early modern metropolis.

I have co-authored (with Stefan Ehrenpreis) an introduction to the historiography of the Reformation for advanced students (in German).

I have also edited a textbook entitled A Sourcebook of Early Modern History: Life, Death, and Everything in Between (2019).